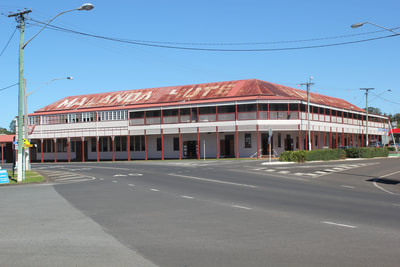 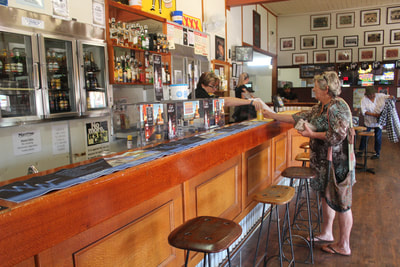 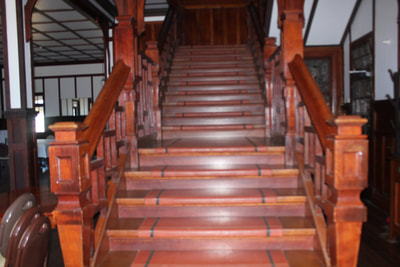 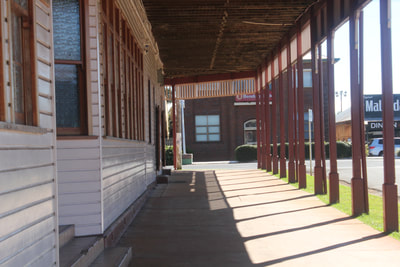 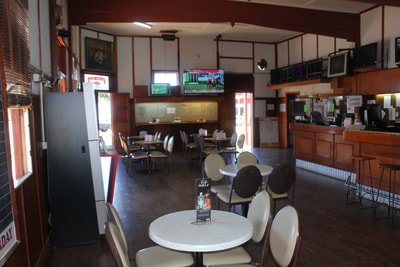 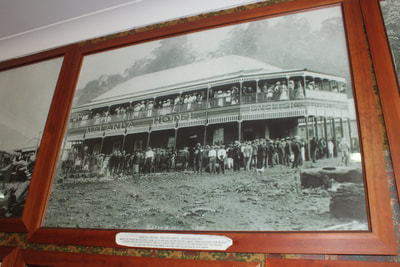 It was built with possibly greater speed than had been envisaged. All of the English family with the exception of Patrick and Bill were attending a picnic at Lake Eacham one Sunday afternoon when two men arrived at English’s farm. The young men overheard them talking about the proposed railway, its position and the possibility of building a hotel.

The English farm, portion 39 at the time, was often visited by early settlers wanting to purchase cows which James had transported up from the south. On this occasion the visitors were not interested in purchasing cattle and proceeded to tell the boys they wished to build a pub in the new township and were seeking land for the purpose.

When Patrick and Bill told their father of the visitors, James lost no time. He decided he would build a hotel on Patrick’s one acre of land that was being acquired as part of the land transfer arrangement for land resumed from their block for the railway and town. Patrick rode immediately to Herberton to lodge a provisional certificate application fro the proposed building of a hotel at the terminus of the Tolga-Johnstone Railway, This was on the 4th April, 1910, well before the railway had even arrived or the township survey began.

The was not an active liquor licence, but a certificate granted to allow for a future licence to be applied for, after certain conditions have been met, particularly the building of a hotel that satisfied the licensing commission’s requirements. The first person to apply and be approved for a provisional certificate hence stopped others from applying to build in the same area as one of the requirements was to show a genuine need for a hotel.

The building of the hotel commenced in January in 1911 with Hugh Boyle being the chief builder. Knowing the early part of the year is Malanda’s wet season the builders would have had a huge task ahead of them but the hotel was finished and the licence approved for the opening in July that year.

Patrick English was the first licensed victualler of the Malanda Hotel and the opening was Saturday 8th July 1911 with occasion of a grand ball that night.

Today the Malanda Hotel is owned by Michael English, the great, great grandson of James English who built the hotel and his grandson Jeff.
UA-114509238-1