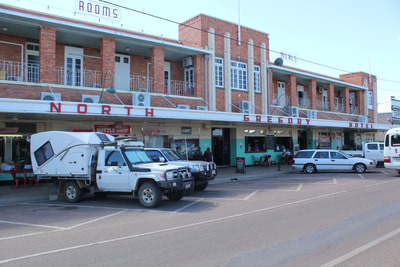 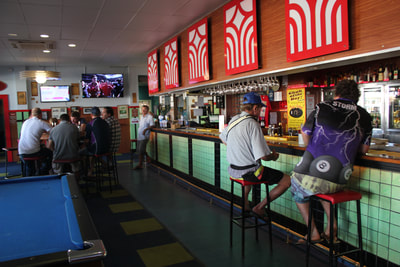 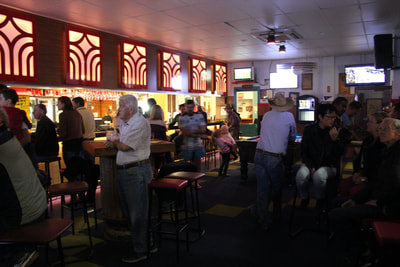 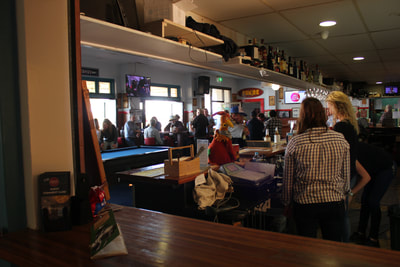 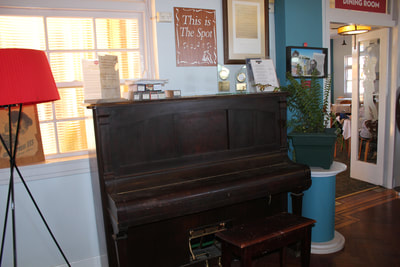 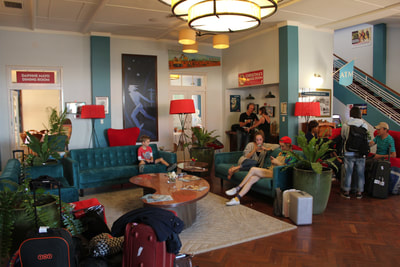 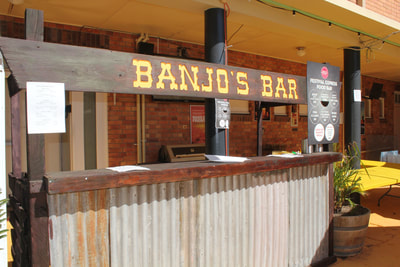 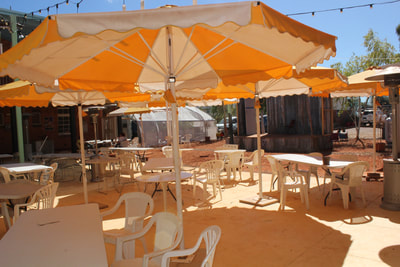 It was the birth place of Qantas and Waltzing Matilda. It has survived 3 fires, drought, and hardship but as the the "Grand Old Lady" sings with rich history of North West Queensland it is now forging a new future for itself.

It was on April 6, 1895 on a piano in The North Gregory Hotel in Winton Banjo Paterson's Waltzing Matilda was first performed and then in the 1920's it was where secret board meetings for Qantas were first held. Today it is the home of Australia's only Outback Film Festival.

On the final weekend of the Festival when we were there the town was chock-a-block full of travelers flocking to get a glimpse of an amazing line up of Australian and international films.

There was the chance to enjoy the hotel's cafe, beer garden, bottle shop, one of the twenty-nine air-conditioned rooms and fifteen non-powered caravan sites.

It's a true "local" in every sense of the word. In 1946 after the North Gregory Hotel was ravaged by fire for the third time, Winton locals petitioned the Winton Shire Council to rebuild the famous structure and as there was such passion for the rebuild the Queensland Government passed a special Act of Parliament allowing the Winton Council to manage and operate a licenced premises.

Built in 1879 and named after ‘Gregory North’, the name given to the district of Winton at the time, the Hotel even talks of a friendly ghost - Edgar Peters - who doesn't mind a bottle of port.

But its other claim to fame includes Lyndon B. Johnson (before he was US President) staying overnight at the North Gregory in World War II when his Flying Fortress aircraft was forced to land with mechanical problems at nearby Carisbrooke Station in 1942.

So much history in this big pub it is with little wonder that many have also dubbed it the Famous North Gregory Hotel.
UA-114509238-1